Wildlife Photography – How To Get Close

People often wonder how I get so close to the wildlife I photograph and my #1 response is simply:

I know, you were probably hoping for some covert, “super secret” stalking technique or perhaps a revolutionary piece of gear that masks your approach, but really, just don’t do scary stuff.

So, what’s scary stuff? Here’s a list that should help. Note that this works best with animals that are used to seeing people, such as in local and national parks.

# 1. Don’t approach the animal too quickly.

People tend to get as excited as a sugared-up 5-year-old when they spot a new animal – and they all but sprint to get into photographic range. That makes critters do this: 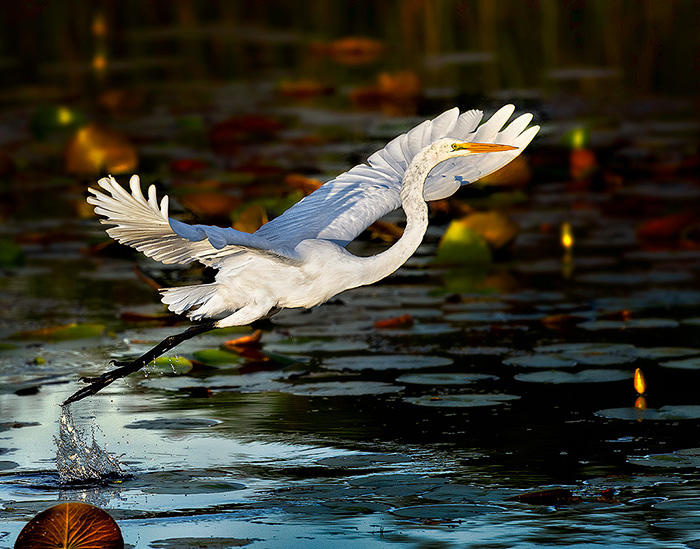 Know what else likes to run towards that animal? Yeah, predators. Just approach slowly and…

Again, predators tend to do that kind of thing, so take your time and approach indirectly. I often end up trying to stay wide and parallel to the animal, then I work my way back, never going straight at it. The second you head directly in, you risk the animal saying “sayonara!” (Although if it REALLY did say that it would be something eh? And why is it speaking Japanese?) 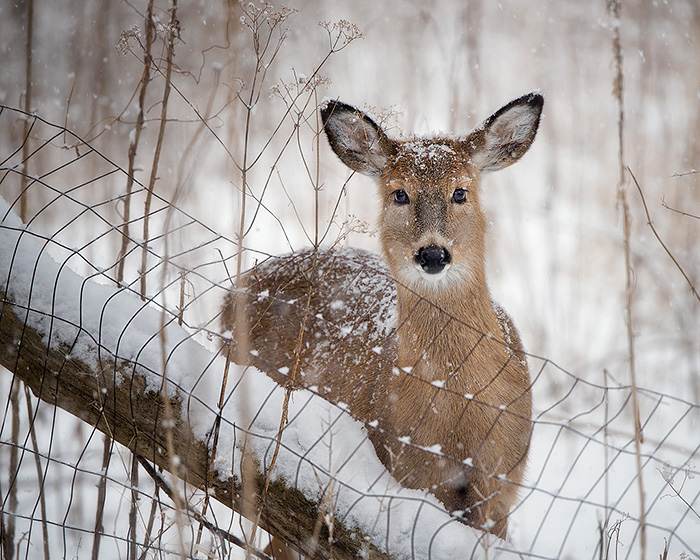 Here’s a little story for the 3 points above:

It’s funny – I get down to Florida from time to time and I remember my early attempts at shooting little birds along a busy beach. It was SOOOOOO frustrating to watch as people strolled by the birds – close enough to kick ’em – but each time I’d approach they’d take off before they were even close to being in range.

I was scratching my head. Was I dressed funny? Did I forget a shower that day?

It didn’t take too long to figure out the three points above. The birds were JUST FINE when they didn’t think people were interested in them, but the second – the SECOND – they decide your attention is directed their way they scoot off. Use the three tricks above, I’ve been much more successful with all kinds of birds and mammals. 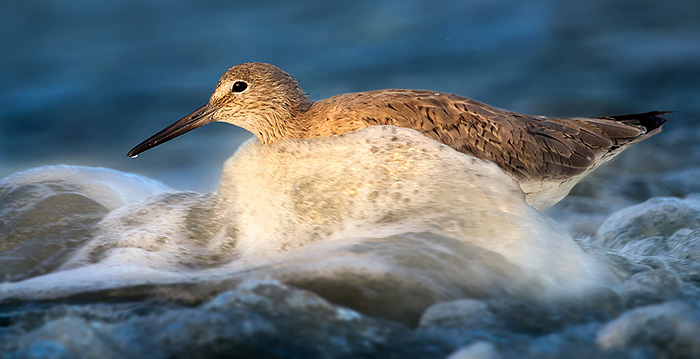 Ahh, but that’s not all!

Crashing through brush, breaking sticks, scattering the rocks under your feet – those are ALL signals that a predator is approaching. I don’t know how many times I’ve been slowly making my way towards an animal just to have an unnoticed stick torpedo entire thing. A good approach really can pay off… 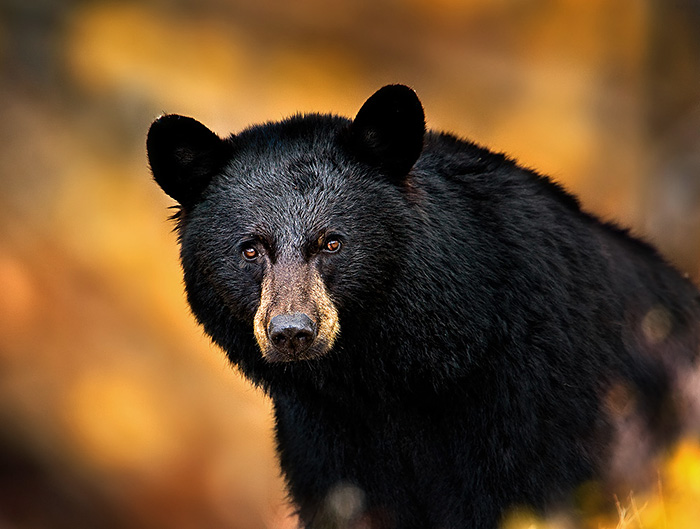 Also, if you’re shooting from a tripod like I do, be VERY aware of where your tripod legs are as you move. It’s incredibly easy to snag a leg on a brittle branch and send an animal racing off.

Never ever ever ever ever push an animal. I know, when you’re first starting out we all do it, but as you gain more experience you quickly realize that the hundreds of “hind-end” photos your capturing doesn’t make for a very compelling portfolio.

Each species is a little different, so learning the behaviors of the species you’re photographing goes a LONG way towards getting a successful image, however, there is one overall guideline to follow:

If the animal changes its behavior when you’re moving, it’s probably because of you. Stop right where you are and let him adjust to your presence. It may take awhile, but once he’s used to you, try again. I’ve literally spent hours at a stretch with an animal or group of animals to let them become accustomed to my presence – and I promise you, once you’re “accepted”, the REAL good stuff starts. 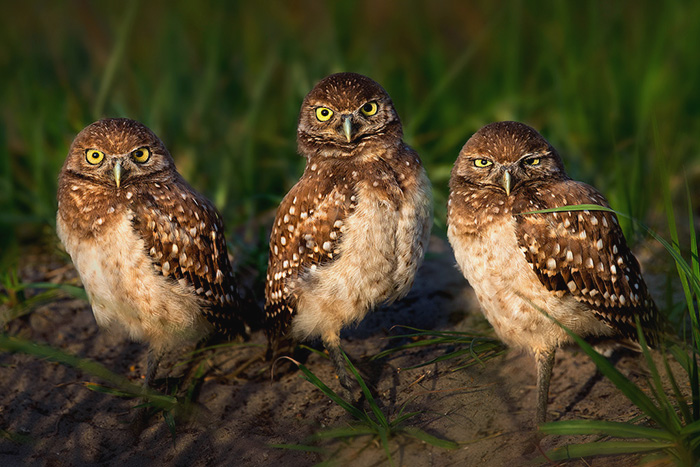 Sure, they may never get used to you and let you approach, but the truth is once the critters scatter the show’s over anyway. Why stress ’em out in the process?

6. Get in front of the critter.

Chasing an animal never works out. Not only do you get a bad view, you’re not getting the photos you were hoping for.

Instead, I remember that great quote by Wayne Gretzky:

“I skate to where the puck is going to be, not where it has been.”

My most successful wildlife photos happen when I get to where the animal is GOING to be. I let them come towards me instead of chasing them like an idiot though the woods. Not only is the view better, but since your stationary and not makin’ a ruckus, the animal is more comfortable with it as well. 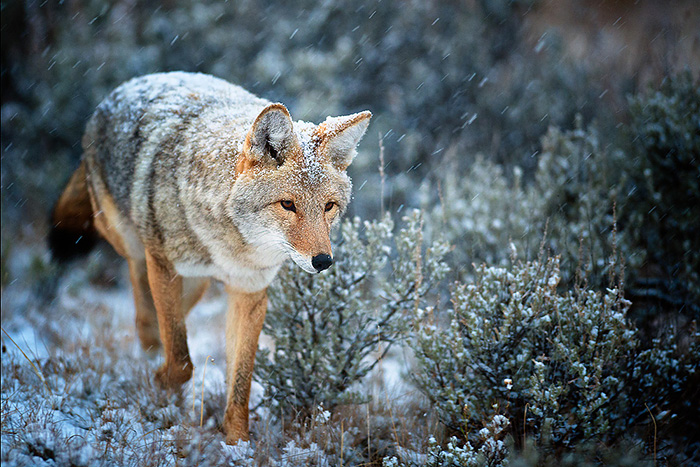 I hope that helps you grab some stellar wildlife photos!

Please tell others about this post:
0 0 votes
Article Rating
This entry was posted in Techniques, Using Your Gear and tagged techniques, wildlife.
Subscribe
5 Comments
Newest
Oldest Most Voted
Inline Feedbacks
View all comments

Great post Steve! Thank you for sharing your insight. This is something I struggle with often

Hi Steve, thanks for your tips, what you are saying is, “be patient”, it’s understood … and yes, I have bought your book.
Greetings from Denmark
Robert Z.

Hi Steve,
Noticed a little typo in #4 under the bear image… says be ‘VERY away’ but think was meant to be ‘VERY aware’?
Please keep up the great work Steve and as always look forward to your next informative videos 🙂

I loved reading this bit of information i didn’t find until and was cursing my ‘not so good’ photo taking skills. I have a long way to go but I know my etiquette in woods. Thank you so much for this information that is beautifully written.